As we pulled into the region of Oaxaca we were in dire need of an ATM or bank – and left the navigation once again to our trusty GPS.

Our trusty GPS however, steered us into a small village north of the city of Oaxaca where we toured the streets to the amusement of the locals.

We were able to find a bank – however it did not have an ATM and the line up of the locals taking out their pesos in preparation for Christmas was enormous – so we opted to continue on to the City of Oaxaca in hopes that we would fare better in a larger centre.

We entered Oaxaca during rush hour traffic (which absolutely seems to be our habit – either AM or PM rush hour) and realized that the city had an incredible energy to it – and both JF and I felt that this was a great City to come back to visit one day.

Having found our ATM in a grocery store, I stocked up on some fruits, veggies and Nescafe and headed to our next camp site.

Overlander Oasis is located outside of Oaxaca in a town called Tule. On arrival, we are greeted by Calvin, who welcomes us and allows us to set up for the evening. Although having arrived in Oaxaca on the day of the famous Day of the Radishes – we opt out of the celebration, and instead head to the village to explore before dark. 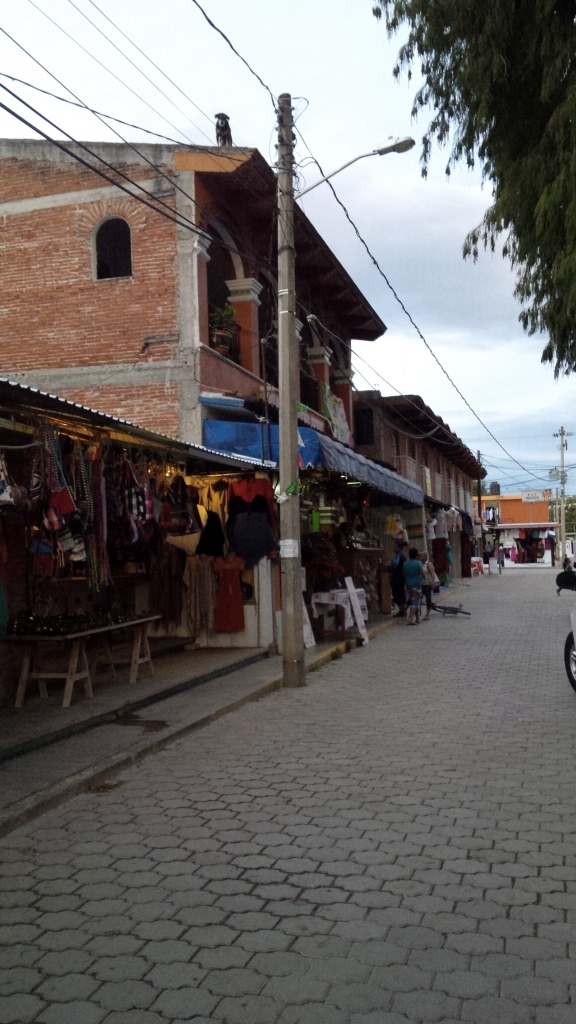 To our great surprise, we found a bustling little village where a Mercado was in full swing. We dined on coco frios and vegetarian empanadas which included cheese, zucchini flowers and an amazing salsa.

As has been the case with each of our stops, the dogs are once again a hit with many locals asking questions about them as we travel.

We learned that Tule has the largest tree in the world – and in fact is enormous! I tried to take a picture, but all that I got was a massive trunk. 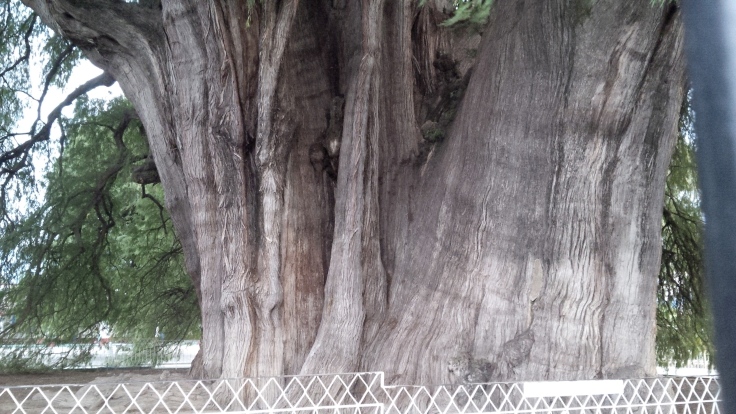 Our stay at the Overlander Oasis was short but pleasant – and the next day we headed off to Hualtco near Santa Cruz, still in the state of Oaxaca.

We had read about a beach that was so appealing that people tended to extend their stay.

On the suggestion of Calvin, we took Highway 175 with the expectation of a long, but very scenic drive. We were not disappointed. After climbing and climbing and crossing ridges of mountains that were just wide enough to house a highway we reached the summit of just under 3000 metres to find a village. This village named was spectacular and was reminiscent of how visitors to Banff and Lake Louise must feel.

Carrying on – we finally went back down the mountain (283 KM in 7 hours) to eventually find a hidden treasure located on the very edge of the Hualtco Natural Reserve. On the map, the location was very remote – and indeed, after traveling for 10 or 11 KM on a concession road made of white sand, we arrived at a bustling little village of restaurants.